Why leaves are green

The flora is varied and beautiful. When we think or talk about nature, to mind immediately comes an abundance of rich green grass and bursting with oxygen the trees have green foliage. And why are leaves green? 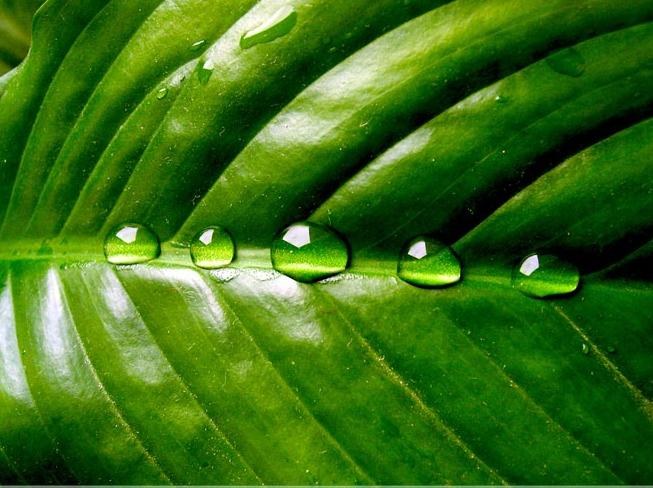 Related articles:
Instruction
1
Green leaf is a small factory of oxygen, so necessary to the respiration of human and animals that inhabit the Earth. Green leaves and grass, in which the familiar and evokes pleasant thoughts about the freshness and health. And so it is, after all, green leaves are alive. And, as in all living organisms, they occur in chemical processes important for life. These processes are necessary for plant growth, its nutrition and respiration.
2
What chemical process happens in the leaf, contributing to its coloring in green? This process is called photosynthesis and takes place in two stages. The first stage is the absorption of light, the second stage is the use of light in chemical reactions (the interaction of carbon dioxide and water).
3
Absorption of light occurs by means of an adhesive substance, a pigment called "chlorophyll". Light has wide color range, however, the chlorophyll absorbs not any light quanta, but only with a specific wavelength of light, because it affects the rate of photosynthesis.
4
Most quickly this process takes place in blue-violet and red parts of the spectrum, so these colors absorb chlorophyll. The green color of the spectrum gives the process a very minimal speed, and therefore is not absorbed and is reflected from the sheet.
5
The human eye can distinguish colors only in sufficient light, so he sees the reflected green spectrum, which is an indication that the plant is photosynthesis.
6
In the sheet there are also other pigments, but their action is too weak and overshadowed by the influence of chlorophyll. When the world becomes smaller, for example, in the fall, the chlorophyll disappears, and their role becomes the main, and the leaves acquire a different color - yellow or red.
7
In the second stage of photosynthesis is the chemical reaction of a compound of carbon dioxide from the atmosphere (exhaled by humans and animals) and water from the root system. This reaction leads to the formation of glucose and other nutrients, and oxygen. Substances useful for plants, and for humans and animals who consume it in food.
8
The role of oxygen on the planet is huge: it is necessary for breathing and ensure that all vital processes in organisms of people and animals, as well as other chemical processes, such as combustion in which carbon dioxide is also released. Therefore, plants are called the "lungs of the planet".
Is the advice useful?
Присоединяйтесь к нам
New advices