The television series "twin Peaks" reveals the duality of the world shows the continuous interaction of two opposites. The twins are in constant interaction and struggle with each other. From this struggle of opposites is where the story and meaning of the film. 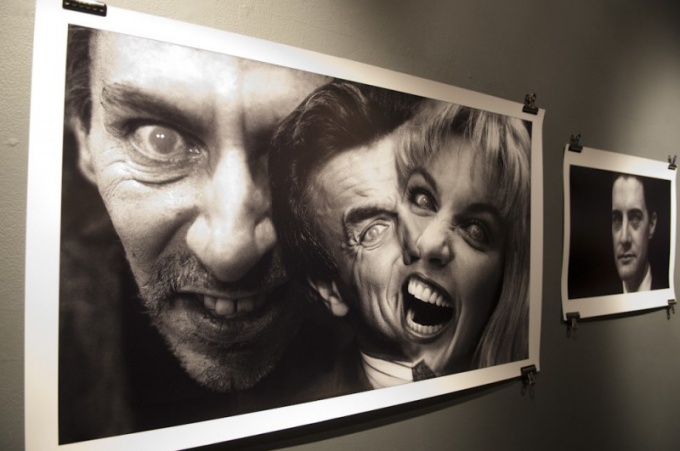 
The television series "twin Peaks" – is the whole world and everyone understands the world differently. The film has no beginning and has no end. Events start in the movie, when it happened, the murder, the body found on the shore of the lake. The ending of the series implies the continuation, and it can't be. This show is presented as one piece, cut from infinite events.


The first part is fascinating the viewer with the intrigue of who killed Laura Palmer. There are many interesting individuals and families, with interest and ease want to follow the developments. Then, when it turns out the killer, becomes first it is not clear where are the events and why they go. And only a few series understand that this is not a detective. The TV series is much deeper than it seems at first glance.


Almost everything in this film dualistic, good and evil, love and intrigue, White Lodge and the Black Lodge. The name "twin Peaks", translated from English, means a double top. Nearly every resident of twin peaks leads a double life.
No exception and the main character killed Laura Palmer. On the one hand Laura is obedient schoolgirl who give to charity, and on the other hand she's a slag who use drugs.


Described in the film and two of the world. One the real world, in a city where normal life goes on, and the other - the other world. It is located in the forests of the valley, the entrance is from the Lodge. The other world is represented by two red rooms. The heroes of the film go through the rooms, like a maze. Events in two rooms, are constantly changing, they flow into each other like the Sands of the hourglass. As soon as one problem is solved, there arises another, third, etc. In the rooms are doubles, which are opposite to each other. Not everyone can enter this underworld and even more to get out of it. Agent Cooper has managed to enter into the wigwam, but did not itself. Came out of the wigwam his double, along with Bob.


The plot in the series is constructed so that the two worlds are closely related to each other. The thoughts and actions of heroes from one world affect the other world and Vice versa. Otherworldly forces, in the person of the evil Bob can possess anyone who will let. So, the father of the main character was possessed by Bob, he killed Laura. The good forces, in the face also can help. So, a Giant helps agent Cooper with their tips.


Two opposites: good and evil, which echoes everywhere, i.e. the more you see the twins, the more I realized the meaning of the film. Perhaps the clue TV series and hiding in the audience doubles, which are in a constant struggle. But there is a feeling that in this struggle of opposites is born the whole world around us.
Is the advice useful?
Подписывайтесь на наш канал