How did the lives of band members Tattoo

At the opening of the Winter Olympic Games 2014 in Sochi was made by the participants phenomenally popular in the past of Duo Tatu. This fueled a new upsurge of public interest in their creative and personal life. What do Julia and Lena today? 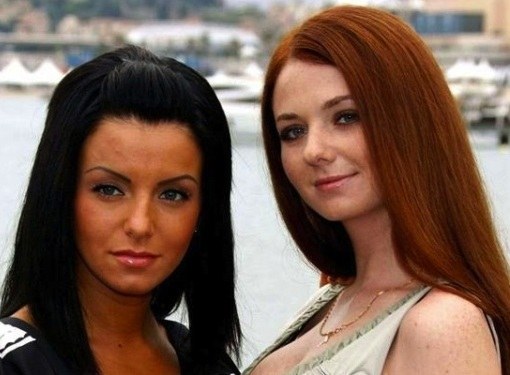 Tatu in the first decade of the XXI century was not only famous in Russia, America, Japan and several European countries have experienced a real boom Tatu-mania. Shocking images of Julia Volkova and Lena Katina, their ambiguous behavior on stage and provocative lyrics, video clips and photo shoots that were grown the popularity of this girly Duo. Each of the participants "Tattoo" started a solo career in 2009, and irrevocably, they announced the dissolution of the Duo in 2011. How did the lives of girls?

Today Lena is a young, attractive and talented girl working actively on his solo career. Unfortunately, she failed to repeat the success of the Duo Tatu, despite the fact that recorded her songs and singles have been sufficiently commercially successful. Over the last five years at the hearing were the hits from Lena Katina as "Melody", Shot", "Yugoslavia", "Paradise" and "Never Forget". Most of the songs were recorded in Los Angeles, where Lena settled after the cessation of the creative Union with Yulia Volkova.

What can you say about the personal life of a red-haired ex-"tattoo"? It has developed quite successfully. Because of the image of a lesbian couple, who encouraged the participants of the Duo Tatu, the girls are always carefully concealed their relationship with men. More surprising was when in 2012, Elena has publicly announced his affair with a musician from Slovenia, living permanently in Los Angeles, SASO the Palacio. In the summer of 2013 married love, and to this day happily married.

Success Julia Volkova, in truth, did not become noticeable to everyone except her fans who are watching the activities of the singer ever since the existence of the Duo Tatu. In 2011 in the rotation on some radio stations had been put two of her new hit single "Rage" and "Woman all the way down", and in 2012 was recorded the song "Didn't wanna do it". In the same year, Julia participated in the selection of the artist to represent Russia at the contest "Eurovision", but lost the buranovskiye babushki.

What about the personal lives "of the black "Tattoo", Julia in 2004 gave birth to a daughter. The pregnancy was not planned, but she decided to keep the baby. In 2007, in the period of existence of the Duo, Julia was secretly married to a prominent businessman named Parviz Yasinov; in the same year she gave birth to his son and embraced Islam. In 2010, the couple broke up. Currently, Julia does not advertise his personal life.
Is the advice useful?
Подписывайтесь на наш канал