What may cause woman's death during childbirth

The birth of a child the event, of course, joyful. But, unfortunately, not always it goes as smoothly as we would like. Complications that can occur during childbirth, diverse, some of them life-threatening mothers. 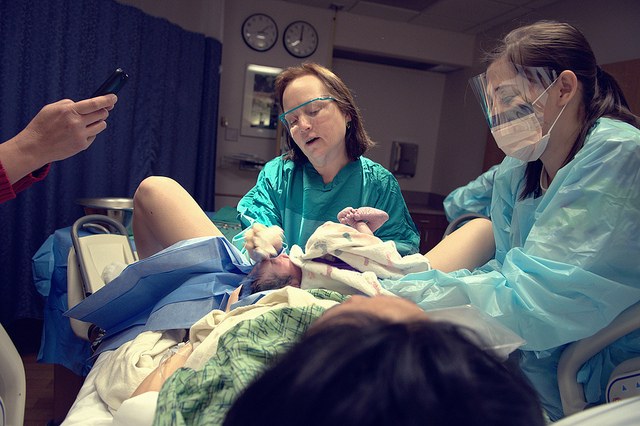 Related articles:
Of obstetricians and gynaecologists there is a rule: if during delivery a critical situation arises in the first place save not just the child and the mother. However, it is not always possible to do so.

In the XIX century the main cause of maternal mortality was puerperal fever – infection during childbirth. Since then, as in obstetrics began to apply antiseptics, this complication is quite rare. However, he can continue to encounter women who, succumbing to the new-fangled trends, give birth at home. To provide in a residential area such sterility, as in the delivery room, it is impossible.

To complicated childbirth and, as a consequence, to the death of women, can cause some chronic diseases. Primarily, this refers to cardiovascular diseases. It is very important that a pregnant woman watching your blood pressure, especially if the problem was with him even before pregnancy. Definitely need to inform the gynecologist, who observed pregnant.

A serious risk factor for late toxicity (OPG-gestosis). This complication appears after 20 weeks of gestation, and its first signs are swelling. They can be hidden, then their indirect attribute too much weight gain (more than 300 g per week). When OPG-gestosis impaired activity of many organs, primarily kidneys. In severe cases it can lead to death during childbirth or even before they start. To avoid this, the doctor prescribes the woman a salt-free diet with restriction of fluid and some drugs. If these measures fail, resort to caesarean section.

Even if a woman is healthy and the pregnancy proceeded normally, there is no guarantee that during delivery will not have any problems. One of the most formidable complications of this kind of uterine hemorrhage, in which a woman can lose a lot of blood for a short time, and that becomes the cause of death.

To bleeding that can cause rapid birth, and the weakness of contractions, caused by reduced tone of the uterus. The last complication is most common in multiple pregnancies, polyhydramnios and from women who gave birth more than five times.

Serious complications that can cause death and child, and mother – placenta previa, which covers the cervix, and abnormal fetal presentation (breech, transverse, oblique). With all these violations of natural childbirth to anything good will not result, it is necessary to perform a cesarean section.

To reliably diagnose such disorders is possible only with the help of ultrasound. Some pregnant women refuse the ultrasound, considering that this diagnostic procedure disrupts the normal development of the fetus. In fact, no evidence of harmful effects on the fetus during an ultrasound does not exist, and the complications that it can be used to detect, can pose serious danger.

In order to avoid complications during childbirth, including fatal, a woman should during pregnancy to consult with their Ob-GYN to follow all its instructions in a timely manner to pass all the necessary tests (ultrasound, laboratory tests). It is absolutely unacceptable to give birth at home or "to experience" any new untested obstetric techniques.
Is the advice useful?
Присоединяйтесь к нам
New advices