The Discoveries Of Charles Darwin

Charles Darwin began his activities in the days when science was just starting its triumphal ascent, and science is repeatedly recorded important discoveries. Darwin received a classical biological education, except two courses of medical faculty in Edinburgh, that did not prevent him to make a number of stunning discoveries in biology. 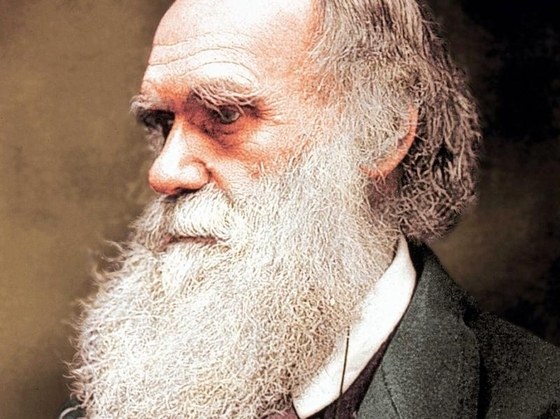 The results of the world travel

Going to the University of Cambridge, Charles Darwin graduated in theology and in the University I was fond of the natural Sciences. With the dedication of a fan he attended the halls of the library in search of literature, took part in a University expedition, studied the Geology, fauna and flora of different areas of England. Innate powers of observation and desire to understand the laws of nature helped him to faithfully record what he saw. In the long evenings free from studies, he tried to give a rational explanation of various facts. It is not surprising that a zoologist Hensle gave him a recommendation as an experienced naturalist to participate in a world tour.

At the end of 1831, the Beagle took Darwin's five year voyage around the world. Over the years, he is intensively working as a botanist, geologist and zoologist, collected a very valuable scientific information that has played a major role in his idea of evolution. After his return Darwin carefully handles and began to publish collected scientific materials, and then gets to work on the idea of the development of the organic world, which came to him in the period of stay on the "Beagle". More than 20 years of hard work it took him to substantiate his scientific theories.


The origin of species

At the end of 1859, the world saw the first of the brilliant work of Charles Darwin's "the Origin of species by means of natural selection, or the preservation of favoured races in the struggle for life" in which the author masterfully presented and thoroughly substantiated scientific background of evolutionary theory. Through real-life examples of animals and plants that were seen during his voyage, Darwin clearly showed the variability of specimens of flora and fauna, but also proved their origin from earlier species. The seminal work of Darwin became the lightning is popular among scientists of all countries, and repeatedly reprinted during the life of the author.

Evolution of animals and plants

After the triumph of his first scientific work of Charles Darwin does not stop, and continues to work hard on further study of the theory of evolution. In 1868 he finishes and publishes his monograph "Changing of domestic animals and cultivated plants", which provides a comprehensive analysis of patterns of artificial selection, heredity and variability of individuals. The hypothesis of historical development, the evolution of animals and plants spread by Darwin and the theory of human origin.

The theory of the origin of man

Three years later he published his new scientific creation, "the Origin of man and sexual selection" which made a revolution in biology. The work was given a detailed analysis and given the indisputable evidence of the origin of man from the animal. "The origin of species" and the following two books represent a single trilogy, which shows the scientific evidence of the history and origin of the organic world. The author showed in detail the driving forces of evolution, defined the ways of their transformations and highlighted the movement of a complex process that is continuously ongoing in nature.
Is the advice useful?
Подписывайтесь на наш канал