The most famous breed of monkeys

Monkeys are the representatives of the suborder anthropoid primates. These animals ahead of others on the development part of the brain responsible for the ability to think. 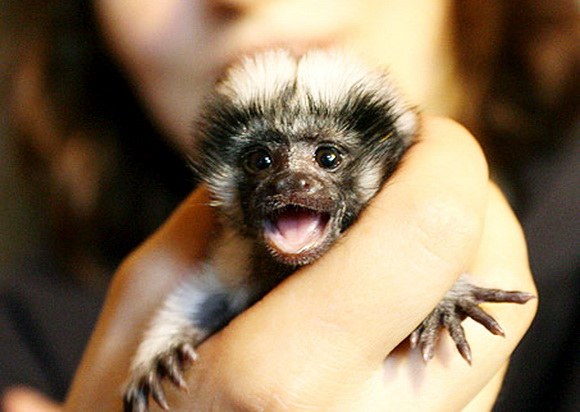 The favorite habitat of most species of monkeys are considered to be humid-warm tropical and subtropical in lowland areas near water bodies. But some species are well adapted to wooded mountains, and some individuals thrive even in places with relatively cool climates.

All species of apes are adapted to climbing trees. The structure of their forelimbs (hands) is such that allows them to rotate freely, and thumbs opposable, i.e. all limbs grasping.

In the trees of moist forests of the Amazon, feel famous miniature members of the genus of monkeys belonging to the family ogruntovannyh. Their name comes from the Greek "kallos", i.e. beautiful. And they fully justify it. Their coat is soft, long fur can be quite a variety of colors – red, white, brown, hazy, Golden. Despite its small size (small rat), they have a pretty strong tail, with which easily cling to branches. All tamarins can easily climb trees, helping themselves and even claws. Like humans, tamarins have 32 teeth and 46 chromosomes. Their small eyes are unusual for the monkeys in blue.

One of the most famous monkeys are a huge gorilla, whose height can reach up to 2 m, weight up to 250 kg. Despite its ferocious appearance, and a rather imposing size, gorillas have a very friendly personality. They eat only vegetable food, wood, shoots, leaves and roots of trees and live in tropical forests of Central Africa. Because of its enormous size gorillas can't climb trees and move only on the ground.

In tropical forests and mountainous areas of South-East Asia, Afghanistan and Japan is inhabited by macaque primates of medium size with quite a muscular torso, covered with dense brown-gray fur. The muzzle of some types sometimes adorned with an original beard. Macaques usually stay in groups, and the number of females is 4-5 times larger than the number of males. Macaques are very sociable with each other and Express their emotions with loud cries and shouts, as well as scratching and grooming counterparts.

This unit dwells in the forests on the American continent. This very careful monkey lead an active daily lifestyle. In its day mode there is a time for mandatory rest, and at night her main dream Capuchin spends in nooks among the trees. Not spoiled food, the Capuchins eat almost anything - fruit, nuts, seeds, all kinds of insects, small vertebrates, molluscs, eggs of birds.

As its name Capuchin is derived from the color resembling the color of the clothes of the monks from the Capuchin Order. Their second name "monkey organ grinder" comes from the fact that they are very often accompanied by performances of street organ grinders and wandering artists. Today, the Capuchins the most popular breed monkeys for keeping in the home.
Is the advice useful?
Присоединяйтесь к нам
New advices