What is the real name of the singer Maksim

In March 2006, the debut album of the singer with the strange name Maxim called "Difficult age". Not only that, the song liking of the huge number of students, so more interest in the singer fueled by the fact that the girl wears a guy's name. 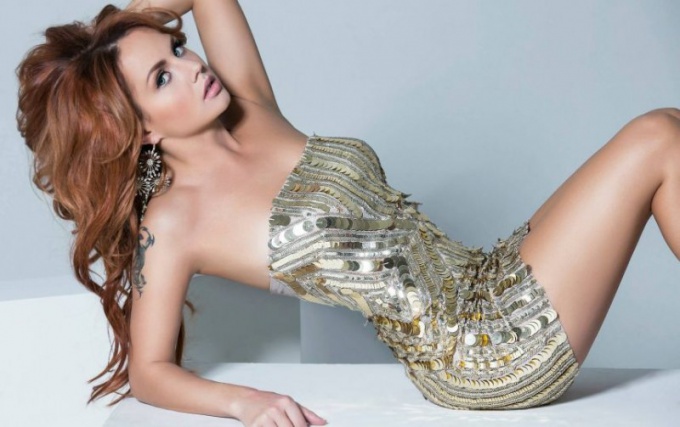 The singer Maxim was born in Kazan, from his early years was fond of music – studied at the school of music in singing and piano. Their songs she began writing very early. For fourteen years, Maxim wrote the songs "Alien", "Winter" and others who subsequently became her second album.

A popular song by a young singer from Tatarstan "Get" music pirates included in the album "Russian ten", but as a performer he recorded the band "Tatu".

In 2005, the young singer sent to conquer Moscow. What she is bringing all their material, demo songs & video performances at clubs. I must say that by that time Maxim had little popular, her song "Inches of breathing" took 34 place in the overall radio charts of the CIS countries.

In the end, the ambitious girl was sent to the company Gala Records, where he remained for a long time. Its popularity grew with each passing day, the number of awards increased. Moreover, every album has sold at least a million copies. Songs from albums in a few weeks, took the top spot in the charts.

What is the secret of such popularity? Many critics can't answer this question. Perhaps a competent presentation of the material producers of the singer, well-thought-out manner. However, watching all the interview with Maxim, reading all of her comments in the press, you can understand that this girl is not pretending to be pure and kind. She is open and friendly actually. Someone of the critics compared it to the phenomenon of "Tender may", but the Maxim is not a clever PR stunt, it's a living person.

The origin of the name

As soon as the singer became known to a wider audience, she immediately took the pseudonym Maxim. There are two versions of the origin of this name, but the singer never revealed the truth.

Now the girl's name Marina Sergeevna Abrosimova, maybe the mother's maiden name, the singer came up with the pseudonym – Maximova. The second version of the origin of the variety name more real. Little Marina was a child was very friendly with his older brother, whose name was Maxim. The girl watching him tail, in the end, close friends, brothers and sisters of steel is also a Marina to call Maxim.

Previously, the alias of singer was written as a Maxi-M, but after a short time the spelling transformed into Maksim.

Married, Marina did not change her name in the passport she still Abrosimova.
Is the advice useful?
Подписывайтесь на наш канал