What to do if you broke a bridle on the penis

Frenulum of the penis men is a leathery crease connecting the upper part of the penis head with the foreskin. As a rule, men from birth bridle is elastic and is well stretched. However, if it is too short and inelastic, and there is a high probability of rupture. 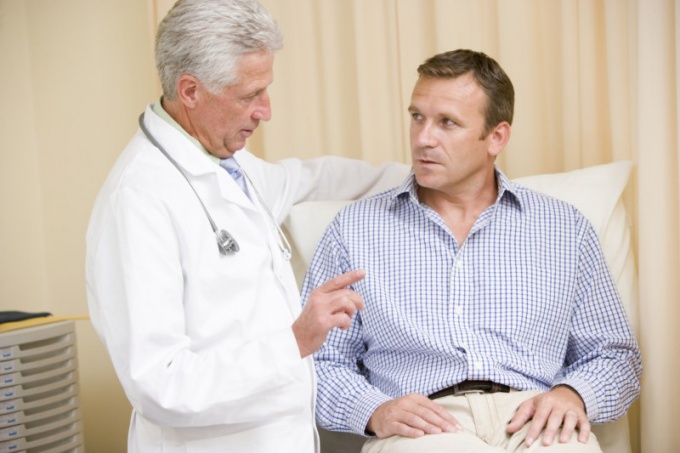 Causes of rupture of the frenulum

If a man torn frenulum, this can occur due to congenital causes or due to the failure to follow safety rules during intercourse. This pathology occurs in about 20% of men.

Causes of rupture of the frenulum can be:
- intense sex;
- short frenulum from birth;
- deflowering;
- insufficient hydration of the vagina of the female partner.

Torn frenulum of the penis: what to do

It is in the frenulum of the penis are lymph and blood vessels, which are produced through his blood. That is why the damage of the folds is so much blood.

At rupture of the frenulum during sexual intercourse should immediately stop the frictions and to reduce the erection, that will stop the bleeding. Press firmly with your fingers has broken his crease to the tip of my penis. This must be done within 5-10 minutes due to this action the blood must stop.

Treat the wound with some antiseptic. It is best to use hydrogen peroxide. When in contact with blood it begins to foam, which kills all the germs, and the bleeding stops.

Note: for decontamination in this area, you cannot use alcohol-containing drugs - such as alcohol or vodka. They can cause burns to the skin that is most dangerous for the penis. In addition, if you use alcohol, may decrease the sensitivity of the head, because of what the sex will not bring pleasure.

After washing the wounds with antiseptic should be dressed with a bandage penis (but not tight!), definitely leaving a hole. The diameter of the latter must be sufficient for urination to the bladder emptying occurred without any problems, and she did not get urine on the wound.

Then shortly refer to the urologist. To delay going to the doctor experts do not recommend at the site of damage to the frenulum usually occurs a thick scar, which shortens it even more. This means that possible new, more painful tears. In addition, such damage, if left untreated, also can cause curvature of the head of the penis and premature ejaculation.
Is the advice useful?
See also
Подписывайтесь на наш канал