How to take a screenshot on iPad

The Internet is constantly come across colorful screenshots made by users of the iPad. You also have this miracle device and you also want to share with the world interesting shots, but don't know how to do it? Easy! 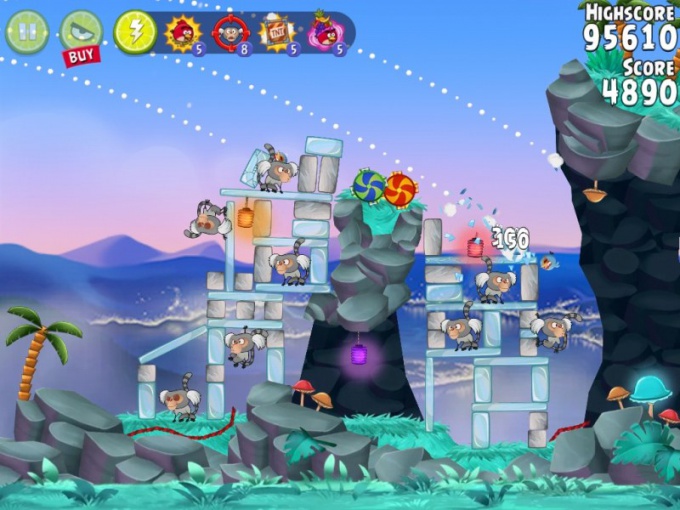 How to do a screenshot on iPad

So, you want to make a screen capture of the funny conversation, interesting frame of the clip, the funny character from the game or just important information. It's very simple.


By clicking on these two buttons simultaneously, you will hear a click and the screen ipad a fraction of a second will be white. This will mean that the screenshot is ready and it can be used. If you want to take a screenshot of the movie or video, it is better to put it on pause, pre-catching the desired image. In this case, you are guaranteed to get a pre-planned image.


The finished screenshot will be stored in your photo album along with the stored and removed on camera of your tablet photos. To access it you need to click on the icon "Photos", which by default is located in the bottom row of the screen of the iPad.


To take screenshots on iPad much easier than on computers.

Edit the screenshot in iPad

Ready screen captures before sending or posting you can edit. For example, you need to crop this shot to remove the extra parts. This can be done directly in the photo album. To do this, click the "Edit" button, select "Trim" to select the desired area, then save the resulting image.


Note that cropped photo is not forever. If desired, you can restore the original screenshot. If the cut part contains some secret information, it is better to use a third party program for image editing. Such apps are very much in the App Store.


Also in iOS 7 images, including screenshots, directly in the album you can apply filters to. Also available is a function of improving the photo and the "red eye". Of course, there you can rotate the photo.

Right from the album you can send the screenshot by email (if you have configured the email client), iMessage, Facebook and Twitter.

In order to expose the image for more editing (for example to emphasize something, circle or apply additional filters), use the application to work with images. App Store offers many paid and free apps.


For example, you can use the free app Aviary, which allows to perform multiple operations with images – cropping and overlaying framework, to applying filters, and creating memes.
Is the advice useful?
See also
Подписывайтесь на наш канал