How dangerous is a cyst of the thyroid gland

A cyst of the thyroid gland is a benign tumor with colloid contents. It often develops in women in the initial stage the disease is asymptomatic. 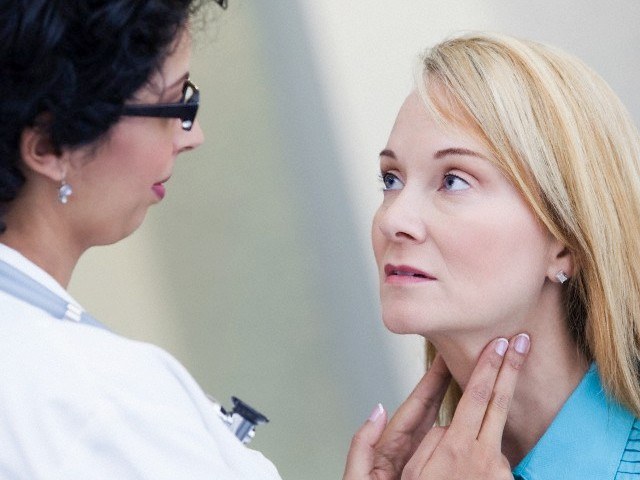 If a cyst of the thyroid gland

Cyst is diagnosed in 3-5% of cases of thyroid disease. With timely diagnosis and treatment prognosis is favorable. It is believed that 90% of the identified cysts of the thyroid gland are not dangerous in the sense of rebirth into a malignant tumor. More dangerous are the cause of the appearance of the cyst: enlargement of the thyroid gland, infectious processes, degenerative changes in the follicles thyroiditis. Whether the cyst is a threat to health, is determined by the endocrinologist after a thorough examination. In this regard the ability of tumors to cause inflammation and suppuration.

Often the primary tumors identified on routine examinations for other diseases wearing hormonal in nature.

The reasons for the formation of cysts caused by violation of the outflow of colloid substances and hormones, over-voltage, over supplying hormones (triiodothyronine and thyroxine). This may be due to a rehabilitation period after a serious illness, emotional stress, after heat (extreme heat or cold). The causes of cysts of the thyroid can be iodine deficiency, inflammatory process in the gland (thyroiditis), intoxication, hormonal disorders, trauma to the gland, unfavorable environment, genetic factor, congenital abnormalities of the body.

A cyst of the thyroid gland often begins to develop symptoms. This is due to its small size and lack of pressure on the vascular system. When a cyst becomes rather large (to 3 cm), begin to appear the following symptoms: a feeling of tickling in the throat scratchiness, hoarseness, atypical tone of voice, the impression of a small seal, frequent feeling of chills, low grade fever (it is possible to increase the temperature to 39-40oC), headache, swollen lymph nodes, a visual change of neck pain (a symptom of suppuration of the cyst).

The cysts with big size, can form knots that can develop into malignancy.

Possible complications of the cyst of the thyroid gland are manifested by the following symptoms: high body temperature (39-40oC), the appearance of General intoxication, an increase of cervical lymph nodes, painful symptom in the place of the cyst. In the initial stage the disease is treatable with medication. There have been cases of fast formation and growth of cysts, as well as her self-absorption.
Is the advice useful?
Подписывайтесь на наш канал