Morocco is a country in the North of the African continent with a very rich and colorful history. Thousands of tourists from all corners of the Earth travel to Morocco to see Casablanca white, ancient castles and wild mountains with authentic nature and incomparable charm. 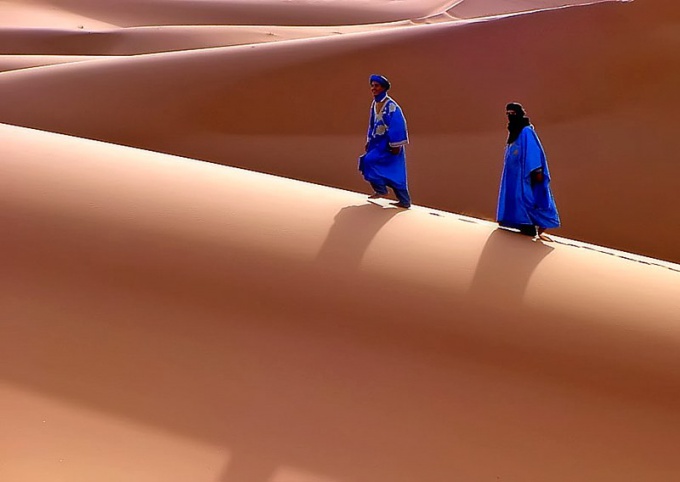 Related articles:
Morocco is a Arabic country in the North-West of Africa. Morocco is bordered by Algeria to the East and Mauritania in the South and South-East. The entire Western part of the state washed by the warm waters of the Atlantic ocean and here you can find stunning beaches on the shores of picturesque bays. In the North of the country has access to the Mediterranean sea. The capital of Morocco is the ancient city of Rabat, but the most famous settlement is Casablanca – unique in its architecture, the city full of old houses made of white stone.

Not surprising, seeing Casablanca local girls in mini skirts. Casablanca differs from traditional ideas about the Arab city and the spirit more reminiscent of the cities of the South of Europe.

Morocco also has land borders with Western Sahara, but does not recognize it, as the government considers the land of this state a part of Morocco. North of this North African state's border with Spain, which owns the enclaves right on the coast of the Strait of Gibraltar.

Where is Morocco and what you can look tourist

The center of attraction for tourists from around the world in Morocco are its beaches and rich architectural heritage. And both in excess can be enjoyed in the city of Casablanca. Despite the fact that Morocco is very common to Islam, Casablanca is a quite modern city with a cosmopolitan look. Upon arrival in Casablanca in the first place, you can visit the Old town, called Medina. The value of the Medina in its monolithic form, where you can stroll around the narrow streets and alleys surrounded by markets and street vendors.

In Morocco, even the experienced traveler may be pleasantly surprised by the lack of compulsion from local merchants and residents in General. But taking a treat from someone, you need to exercise caution and drink only bottled water.

House in the Medina built of white Sandstone, and the name of the city means "the City of white houses".

Best beaches in Morocco are Agadir, where the clear blue sea and beautiful sunsets. For surfers we can recommend the beach in Taghazoute, which separates from Agadir is 20 minutes away by bus.

How to get to Morocco from Russia

Regular flights from Moscow performs the airline Royal Air Maroc. The flight is performed three times a week from Sheremetyevo airport. Other variants of flights to Morocco are flights of Lufthansa with transfer in Frankfurt, and Air France with a stopover in Paris. Flight time from Moscow will be about six hours, with connecting flights in Europe will have to spend another three to four hours. To visit for tourism purposes (up to 90 days) visa for citizens of Russia is required. A consular fee is also not charged.
Is the advice useful?
Подписывайтесь на наш канал