How to distinguish fake Beats headphones

Headphone brand Beats (before they were called Monster Beats) are among the most popular on the market due to high quality and stylish design. It is not surprising that they were interested in the many unscrupulous Chinese manufacturers who began to produce imitations. In this regard, you must know how to distinguish the genuine Beats. 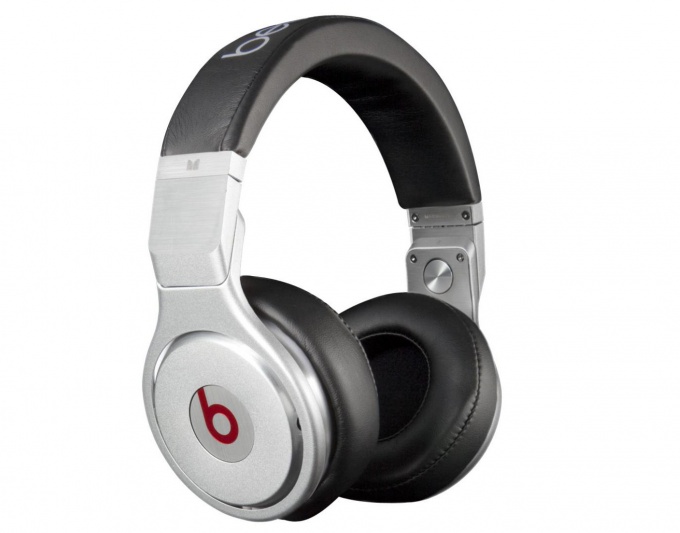 Related articles:
The pirates try to as accurately as possible replicate the appearance of the Beats headphones and packaging. However, to reduce the cost of production, and also for some other reason, they depart from the original. For different models of headphones, there are signs that help to distinguish a fake. The most frequent inconsistencies headphone Beats Tour:

- on the plug original headphones caused the serial number on the fakes are not;
- complete these Beats have a case with the embossed symbol "B";
tips for earphone in original Packed in a separate plastic pocket.

If we talk about the Beats Studio model, often the following differences:
- the original headphones includes 2 x AAA batteries, due to which the power applied to the device;
- on the fakes is no button “mute”;
under the removable cover of the left ear cups should be a serial number of the device;
- on the real Beats have an indicator on the lever with a red light that lights up when headphones are enabled;
- it comes with the original headphones there is a jack adapter and a napkin with the inscription Beats.

The headphone the Beats Pro has its own characteristics which can be recognized as fake:
- original headphone Cup and the headband is soft and not hard as the fakes. All seams should be smooth, without defects;
- complete fake headphones might be missing jack adapter. In the original it needs to be gold plated;
- have real Beats Pro should be detachable spiral wire.

In addition, there are other distinctive features that will help you recognize the fake. For example, it is still possible to come across headphones that are sold under the brand name “Monster Beats”, although in 2012 the brand is simply called “Beats”, with the same names must begin all the models of headphones.

Also you should be wary of the stores that offer the device at a lower price or carry out actions such as "buy some headphones and get second pair for free. Original Beats are too expensive and popular that they were arranged and similar sales. Also, do not buy headphones in different colors, information that is not included on the manufacturer's website.

Special attention should be paid to the packaging of headphone, because it is there trying to save the pirates:
- original box is the same quality, it's the instruction in different languages.
- the cover should be opened together with the upper and lateral part of the package;
- the company logo should be clear, not blurred;
- cover the original needs to hold 2 magnet.

Thanks to the above tips it is possible to protect yourself from buying fake Beats and to enjoy the perfect sound quality and stylish design of the original.
Is the advice useful?
See also
Подписывайтесь на наш канал