What is interesting to see in Yeysk

Yeysk is a resort town on the shore of the Azov sea. This charming city just made for family holidays and Hiking. 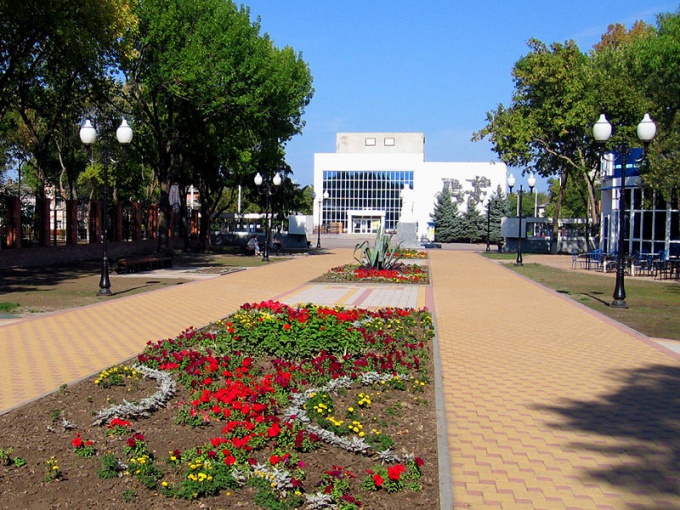 Related articles:
If you are in Odessa, be sure to visit 5 interesting places.

1. Water Park "Nemo" (the Taganrog quay, Schmidt street). The Waterpark is outdoors and will delight you with attractions to suit all tastes: children's Playground, roller coaster, Niagara, Kamikaze, swimming pool. In the water Park shower, dressing room, sun loungers with parasols, a cafe with a good kitchen - everything for a great family holiday.


2. The Dolphinarium (the Taganrog quay, Schmidt street 16/2). Here you can see the black sea dolphins, the far Eastern Beluga whales, fur seals, Pacific walrus! The performance is a cheerful clown who will not get bored. After the speech, you can swim with dolphins and to buy a picture painted by a Dolphin.


3. Aquarium "Shark reef"(the Taganrog quay, Schmidt street 16/2). In the underwater museums you can walk along the bottom of the ocean, admire the coral reefs and to observe life of the underwater world. Before you walk through the aquarium you will be shown an interesting film about the oceans. And at the end of the walk will offer to touch the sea stars, which are in the outdoor pool. Optionally, you can book a tour. Experienced guides can learn about the underwater world and will answer all your questions.

4.Park named after Ivan Poddubny (landmark - Pervomayskaya St. 200). This Park is one of the oldest in the Kuban. Walking through the Park, you can meet Rowan, bird cherry, mulberry, boxwood, sycamore and lots of flower beds and fountains. Some alleys are characterized by interesting names - maple, elm, Lovers, Veterans, Happy childhood". The Park has many lovely sculptures, and of course the attractions. On the weekends on the summer stage performances of Amateur groups.

5. Armored "Yeisk patriot(Central beach). Monument to naval heroes of the great Patriotic war is located on the Central promenade. This armored boat was built during the war with the money of the workers of the plant "spare Parts". On the pedestal one can read " Yeisk patriot. Built on the means collected by inhabitants of the city and district. He started fighting 20.XII.1944 red banner Danube flotilla. Under the command of guards Lieutenant B. F. Baleva participated in the liberation of Budapest, Komarno and ended the fighting in the city of Vienna"

To see five of these sites, which requires at least two days. And since it is not all places of interest in Yeysk, in this city you can visit again and again.