How to convert hryvnia into rubles

The hryvnia currency of Ukraine. In the Soviet Union on the territory of Russia and the USSR was only the ruble, and now the paths of the two countries diverged, and the hryvnia became the national currency. How to translate it into the ruble? 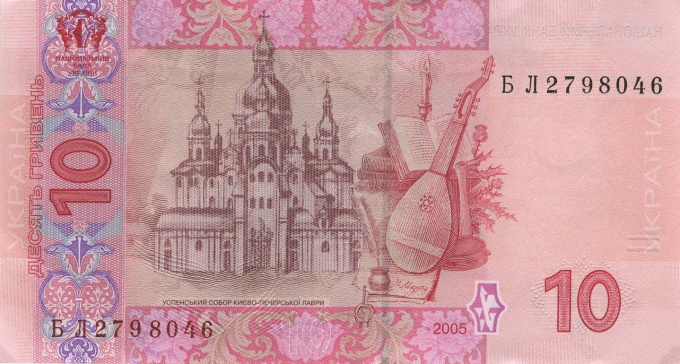 Related articles:
Instruction
1
Go to the website of the Central Bank of the Russian Federation and find there the section "exchange rates". Then go to the label "Oftiny course grown to inozemnih currencies". In this section you will find the official cost of Ukrainian money in the world market today. There you can see the price of the hryvnia relative to any currency.
2
Review the table of exchange rates and find out the official exchange rate of hryvnia against the ruble. You can also go into the database currency, using the following link: http://www.cbr.ru/currency_base/D_print.aspx?date_req=17.05.2011/. Substitute the last eight digits of the desired date, and you will learn the hryvnia against the ruble for today or as it was in the day you are interested. The advantage of using the database in the fact that you can see how changed the hryvnia against the ruble within a certain time.
3
Substitute in the calculation of the desired number of hryvnia and translate them into rubles.
4
If you don't want to be considered independently for calculation you can use the "Currency calculator", located on the http://www.calc.ru/valut_calc.php. Select the desired currencies from the lists and specify their exact number. Then press the translate button. This online service uses the exchange rate, which is established in the Central Bank of Russia.
5
The exchange please only serious banks licensed to provide banking services. Do not use suspicious exchange points at railway stations, markets and other similar places, as you risk getting fake bills or being cheated with the exchange rate. Remember that trying to pay with a counterfeit bill may lead to the arrest and arraignment. To avoid problems, do not skimp on the time of use of the services of Central banks.
Is the advice useful?
See also
Подписывайтесь на наш канал