How to catch a wild boar

Hunting for wild boar – the lot of experienced hunters who know the habits of this careful strong and very dangerous beast. However, the vast majority of them prefer to hunt down, ambush and shoot the boar. But there are daredevils who are ready to catch him alive. 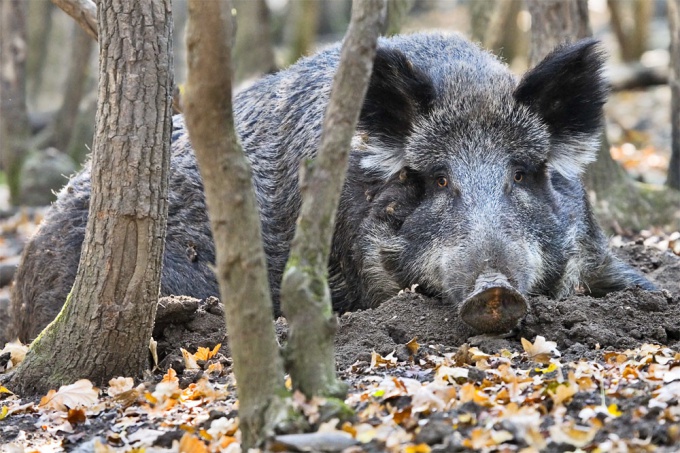 Related articles:
Instruction
1
Hunting wild boar is fraught with serious danger, especially if the boar is wounded. Mad beast is able to knock hunter off his feet and causing him serious injuries with huge sharp fangs. But this rarely happens, as wild boars possess a phenomenal flair great care, feeling the presence of a person at a distance of half a kilometer.
2
Use one of the methods of hunting – dog. The legislation allows the use of not more than two dogs. Other breeds better suited for that huskies. Without fanfare, and barking they catch up to the beast and attacked him. The rest makes the hunter.
3
Podkaraulte boar in the feeding grounds of wild fruits. Make shelter in the trees or dig the pits of 15-20 steps from the boar trails on the leeward side. This method of hunting is widespread in the Caucasus and Central Asia.
4
By the way, in the Caucasus practiced another method of hunting – the two groups, where one sits in ambush, and the other dogs, throws them on the boar. Catch a boar and with a loop made of a metal cable with a thickness of 2-3 mm. Loop is a normal noose firmly tied to a tree and set on the boar trail. Loop length is from 3 to 5 meters. It is placed so that the boar got in her head. For this purpose it is fastened between two spears, and near this place dropped the bait.
Note
Habitat wild boar and water-rich marshy area, overgrown with reeds and bushes. Life Kabanov has its own characteristics. So older males prefer being alone, which is interrupted with the beginning of the mating season. On the contrary, the females live in small herds of 10-30 individuals, in addition they include the young and the young, immature males. Estrus in females lasts from November to January, and pregnancy around 18 weeks. The female gives birth once a year from 4 to 6 piglets. One and a half years, the boars reach puberty and finally Mature by 5-6 years.
Is the advice useful?
See also
Присоединяйтесь к нам
New advices