How to lose weight quickly and effectively

I want to tell you how to reset the spring 10 kilograms. Moreover, lose weight fast not intended, the goal was different: to reduce high blood sugar levels. Previously, he always was normal, so at first I panicked. 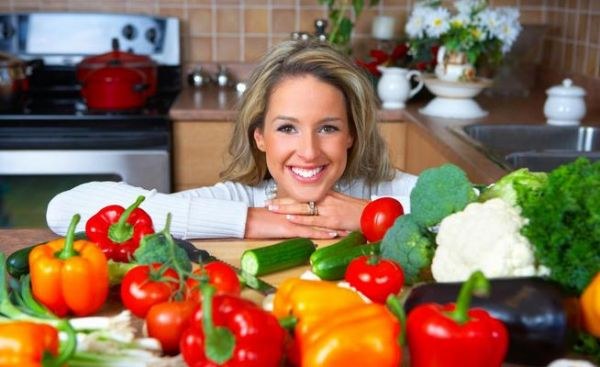 Taboo for some products

Began to read about diabetes, eliminated sugar completely. It was difficult, candy dreams. But if you really want sweet, bought biscuits or chocolate in the diabetic Department of pharmacy.

What else is excluded? Muffin, pasta, rice, potatoes, beets, all fat, bananas are my favorite, raisins, grapes. Fruit left the oranges (did them jelly) and apples (sometimes baked them).

In favor – fiber and slow carbs

Every morning I cooked oatmeal on the water, adding a bit of honey. Cooked buckwheat. And leaned on a salad of cucumber, radish, greens, onions, celery, seasoning them with vegetable oil.

Of low-fat cottage cheese did the casserole . Experimented with zucchini and cauliflower. Meat left the chicken, boiled it. Occasionally eat eggs, fish. And all in small portions but often.

Learned that glucose levels normalize chicory, cinnamon. Added them to the diet. Chicory, by the way, I liked that you drink instead of coffee now. Brewed teas with stevia, blueberries, Jerusalem artichokes, hibiscus. Drank a lot of water.

Sugar dropped, I would let myself bananas, potatoes, rice and pasta. Life has become merrier. Very thin, had to fly to change the closet . But I felt great, literally flew. Disappeared bags under the eyes, the hair was more luxuriant, the skin is fresh.

Oh, and in that time moved a lot too in order to the glucose was normal became. The result is healthier overall and very noticeable. So if you have problems with weight, if you want to lose weight quickly and effectively, with benefits for health, can follow my example.