How to distinguish the symptoms chicken pox

Chickenpox is considered a childhood disease – it most often become infected at an early age, then develop a strong immunity. The herpes virus can easily be picked up by droplets in the kindergarten, school and other public places. If you have not yet encountered with chicken pox, she can be caught at any age – and the older the patient is, the more complications she faces. It's important to recognize the symptoms of the disease and to immediately start treatment. 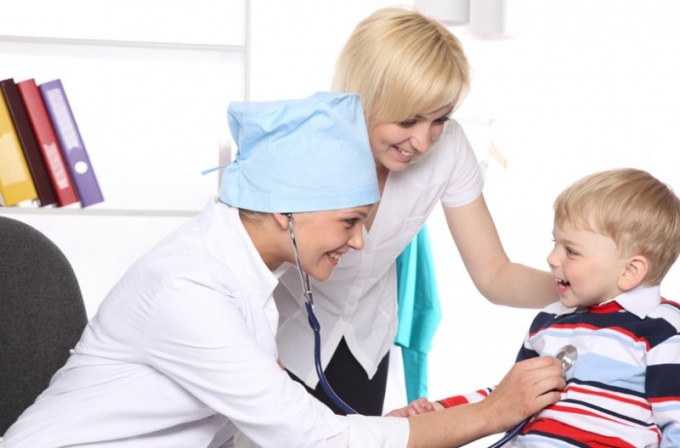 Related articles:
Instruction
1
Chickenpox usually starts with raising the temperature to 38-39 degrees, the appearance of lethargy and poor appetite. The symptoms resemble SARS (acute respiratory viral infection). Can enlarged lymph nodes in the neck and behind the ears.
2
The first symptoms of chicken pox are easy to recognize, is the appearance of red rash a day after the beginning of moderate fever. A small seal on the skin can be confused with the manifestation of allergic reactions, and even insect bites. However, the "veranica" begins to grow - sometimes it happens during the day, and sometimes the process is delayed for a few days.
3
The first wave of rash chickenpox affects the first chest, arms and face, then spreads to the eyelids, the scalp, mucous membranes and groin. Seemingly harmless pimples turn into the characteristic blisters with liquid inside. The skin around them slightly red. The patient experiences severe itching.
4
After every 1-2 days of the patient with chicken pox can infect another 2-3 rounds of new skin rashes, and each wave brings with it a fever. There is a General weakness, irritability, sleep disturbance and appetite. Gradually the bubbles with watery fluid dry up, and they get the crust. On the seventh to tenth day the body temperature ceases to rise, and crust covers have all of the seals. From this point the patient is no longer considered contagious.
5
You should distinguish the symptoms of chicken pox from atopic dermatitis, which appears similar reactions. To avoid Allergy, you need to remove from the diet all possible antigens. Smallpox this measure will have no effect. For dermatitis each new wave of rash is always more intense than the previous one. When the chickenpox of the blisters becoming less day by day. Allergy symptoms can be found even on the palms and soles; after the falling away crusts such seals get wet and covered with cracks. In this case it should be treated, appropriate diagnosis.
Note
When a new rash of chickenpox ceases to appear, the crust will remain on the skin for about 0.5 months. At this time in any case can not comb my hair and otkolupyvat sores - otherwise, the body will forever remain a characteristic scars. In the disease process must also prevent scratching, otherwise in damaged tissue can include additional infection.
Is the advice useful?
See also
Подписывайтесь на наш канал