How to knit a beret knitting

Fall or spring, when warm hat is no longer necessary, you'll appreciate a knitted beret. You can choose the color of thread to the scarf, gloves, bag and even the color of eyes, such takes will be a real decoration of your image. Knit picks knitting needles is possible without the scheme, it is only necessary to know the principle of reducing and adding loops. 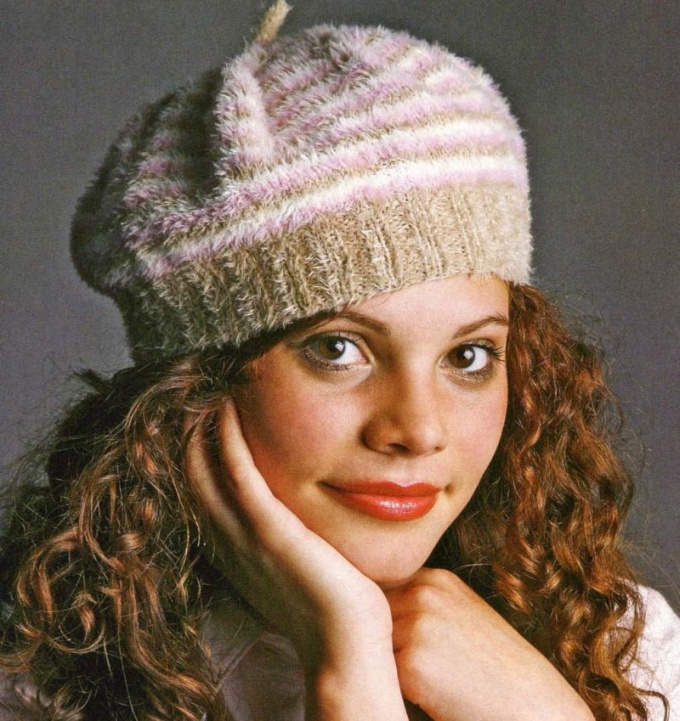 Related articles:
You will need
Instruction
1
Tie a small sample, a length and a height of 10 loops. When using the ruler, measure its size, count the number of loops in one centimeter length and width. Find out the circumference of your head and calculate how many loops should be at the beginning of the knitting. If you count hard, dial 110 loops provarite a few rows and try.
2
Dial the number of loops corresponding to the circumference of your head. If you knit on a hosiery knitting needles, with a seam, add two edge loops. When knitting pattern calculate the multiples of any number of loops must be the canvas. For example, if you plan on taking with braids, you can have 10 braids that will be unchanged up to the top, and you can change the canvas between them.
3
Provarite two rows of front loops, then do several rows of gum, 1x1 or 2x2. Divide the canvas into 10 equal parts and start knitting the pattern.
4
After two series, add two loops on one part. Adding loops produce by vyvazhivanija loops from the previous row or air loop. In any case, add them always the same way – that the painting was symmetrical and neat.
5
Then tie the selected pattern, adding two loops every four rows. After 15 a number of solid cloth knit 10 rows.
6
Do the subtraction, two loops on each piece, and provarite another 8 rows. Again reduce by two loops and knit 8 rows. Next, increase the intensity of bavleny: remove the two loops at every fourth row.
7
When the spokes will be 4 loops from each part, there are 40 loops, proverite two rows of hosiery knitting, regardless of the pattern. A new row knit like this: two front, two front together, until the end of the row, that is, you cut every fourth loop.
8
Provarite one row of facial loops. Next cut every third loop, promazyvaya one face, then the two together. Now you have 20 loops.
9
In the next row provarite all the loops at the two, you will have 10 loops on the needles. Cut the thread and pull the end through the remaining loop, tie and hide it. Takes associated spokes, ready, try on!
Is the advice useful?
Присоединяйтесь к нам
New advices