Where to go in Vienna 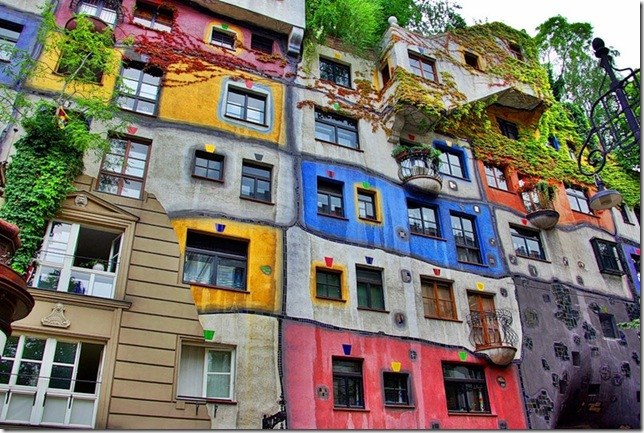 Related articles:
Vienna is rightly considered the capital of classical music, because here was born the famous composers of all time. Vienna state Opera opened in 1869, is one of the five best Opera houses in the world.Interesting and favorite tourist attraction in Vienna is the Hundertwasserhaus, named for its architect. Built by order of the city government, this building has proved the possibility of the connection of style and reality. The randomness of the location of the Windows in this building can not be overlooked. Hundertwasser argued that the main in the house are Windows, not walls, but if they are all the same – reminiscent of a concentration camp.In the heart of Vienna in the castle of Duke Albrecht is a unique Museum Albertina. It contains the world's largest collection of graphics from the late Gothic to the present (approximately 65 000 drawings).The historical centre of the capital is the Imperial Palace, which served as the Imperial residence until 1918. Built as a medieval castle, over the centuries he appeared, a huge Palace ensemble, combining several palaces, a temple with crowns of Emperors, a number of museums, the chapel and the arena, where a trotting horse of the Spanish riding School.Very interesting and "Swiss court", is located in Vienna. It is named in honor of the "Swiss guard", personally guarding the Empress Maria Theresa. This part of the Hofburg was built in 1553 in Italian Renaissance style. Since the middle ages holds the items that makes even inveterate skeptics believe in a fairy tale: the magic spear, a magic scrip, the millennial crown and the relics of various saints. These and other relics can be admired in the Treasury of the Hofburg, located on the right side of the Swiss court.Over treasure is the above mentioned famous chapel (Burgkapelle), in which on a regular basis, the Vienna boys ' Choir, founded in 1498 for the entertainment of the Imperial family. Modern Vienna performances of this song of the band accessible to the masses, and practically all tourists visit the concerts of this Choir.Attractions in Vienna so much that they are impossible to describe in one article. Beautiful parks, theatres and cinemas, numerous monuments, museums and exhibitions – every visitor will find here something that will have appealed to him.
Is the advice useful?
Подписывайтесь на наш канал