How to knit a double hat

Double knitted hat can be worn even in extreme cold. It's puffier, the usual unary and holds its shape better, even if connected of loose soft wool. This cap can bind to car, the most common spokes, and there are several ways to set loops. 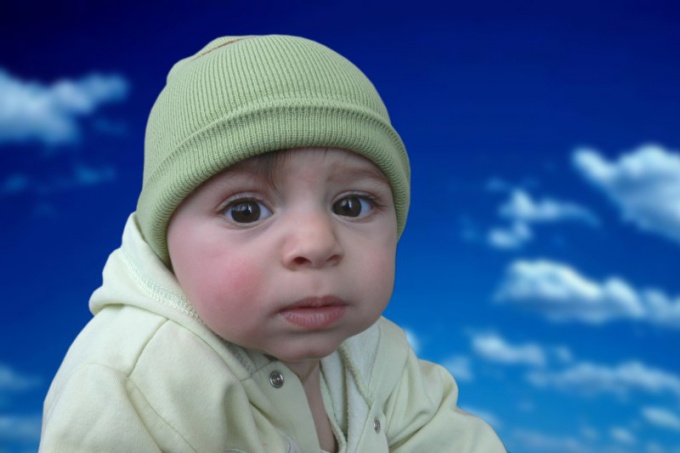 Related articles:
You will need
Instruction
1
Measure the circumference of your head. Knits tend to stretch, so the measurements need to take a couple of inches to fit. Tie a sample of the double gum and the main mating and calculate the number of loops.
2
Loop you can dial in the usual way, from the same ball that you are going to knit. For simple hats, hosiery knitting related, this is the best option. If you knit tight and made of thick wool type in two times more loops than required by the standards. In all other cases, enter as many loops as you need to measure. In the first row clear of the edge, then knit the front and in between nakida (better than the reverse, to avoid holes).
3
Double cap"crest" lapel start knitting from the bottom. Type loop in the usual way and knit the product right dual band. Remove edging of the first loop provarite the front, the second remove, leaving the thread in front of her. So alternate loop to the end of the row, and the next exactly the same tie on the front face and remove the other. The thread should be between the layers. Do the lapel.
4
Determine where you will face. It loops over the front provarite purl, and purl the previous row shoot exactly the same as in all previous rows. This will be the fold line. It can not be done, but then you have the lapel to secure it.
5
All the following rows knit the way early, taking the wrong promazyvaya and facial. In the end, you should have a double rectangle. In the last row provarite in pairs front and back, and then close the loop. Sew the hood. You should have 2 seam - the top and back.
6
Double cap can be with patterns, braids, diamonds, etc. However, double elastic band is not very conducive to the application of various combinations of loops. But there's another way out. Type the beginning number on a thread from another skein. This method of recruitment called Italian, but it is used everywhere. In this case it is better to use the second method of doubling the number of loops, that is, in the first row between the front to purl into the back of nacida.
7
Tie a double band at the height of the lapel or perhaps bezel. Then close all the loops, first provyazat them in pairs. With this method, the work is flipped, that is, the number you just finished, the finished product will be the first.
8
Dissolve a number of the set. For further action, you will need either a second set of spokes with fishing line, or thread of another color. On the main spokes assemble the hinges of the half-caps that you will now knit. Through others, like the thread that they are not disbanded.
9
Tie the front part of the cap. As you already not a double crochet, you can decorate your product with all sorts of braids, the knitted branches with leaves, etc. Knit until the moment when it will be necessary to pull loops. Then leave the work on the line or remove it on a secondary thread.
10
Continue to knit the lining. Here it is possible to use the most simple pattern - for example, garter binding. Davaite this part of the cap at the same height as the first.
11
Connect the two halves together. Remove the edge of the front part, then the right needle, take the edge with the lining, leaving the working thread between the layers. Provarite facial the next loop of the main part, put your right needle into the next loop lining. Follow this alternation until the end of the row. So you did it double elastic band. Provarite thus 4-6 rows.
12
Reduce by half the number of loops, provatas pairs of front and rear. Next row knit purl, then turn down the number of loops by half. This time provarite together throughout a series of loop two. Tear off the thread. Pass it in a needle for sewing knitted products. Pull the thread through all the loops of the last row and tighten. Back seam you can sew it. This hat can be decorated, for example, a POM-POM.
Is the advice useful?
Присоединяйтесь к нам
New advices