How to distinguish a fake Topaz

The use of synthetic stones in jewelry became so common that it is not surprising neither sellers nor buyers. Synthetic stone, not every specialist will differ from natural without special equipment. But it is much cheaper. 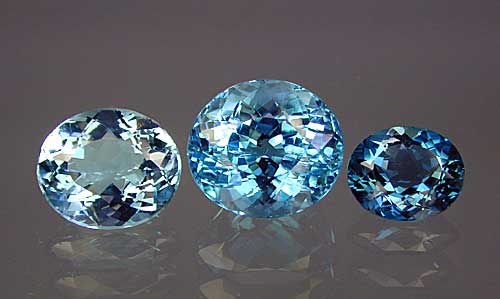 Related articles:
You will need
Instruction
1
Choosing a piece of jewelry with Topaz, prefer colorless and light blue stones: they are relatively cheap and often it makes no sense to forge. Topazes from this painting, there is another important advantage: they do not fade with time, whereas natural stones more intense colors quickly lose their beautiful color, especially if you are constantly under the direct rays of the sun.
2
Please note that Topaz red and green colors rarely occur in nature and are not on General sale. Such Topaz stones are hundreds of times more than a colorless, blue, greenish, yellow (tea) or pink (listed in order of rarity and value). One of the most expensive and rare are also polychromatic crystals.
3
Take the stone in his hands: he must be cold and not just warm from the heat of your hands. RUB it with a piece of woolen cloth: the stone will get electrified. exactly and will attract light objects. Remember that is guaranteed to distinguish a fake only specialist gemmology using laboratory equipment.
4
Please note that Topaz is often irradiated to make richer natural, not bright the color of the stone. Irradiated Topaz loses its bright color for about two years, even if stored in the dark. Natural stone fades, but has the ability to restore color in the dark. Irradiated stones are considered as counterfeits, and there are at least two to three times cheaper than the natural.
5
Treat with caution for products with Topaz and bright blue or blue, standing quite cheap - most likely, it is irradiated and heat-treated natural blue or colourless Topaz stones, do not have this color.
6
Check out natural varieties of Topaz and their names: Topaz-Imperial (yellow-orange), sherry or wine (from orange-yellow to brown-pink) tea (pale yellow), silver (colorless), rutile (with inclusions of yellow), Saxon chrysolite (yellow-green). Trade names of irradiated Topaz are many and varied. Official trade name of imitations citrine.
Is the advice useful?
See also
Присоединяйтесь к нам
New advices